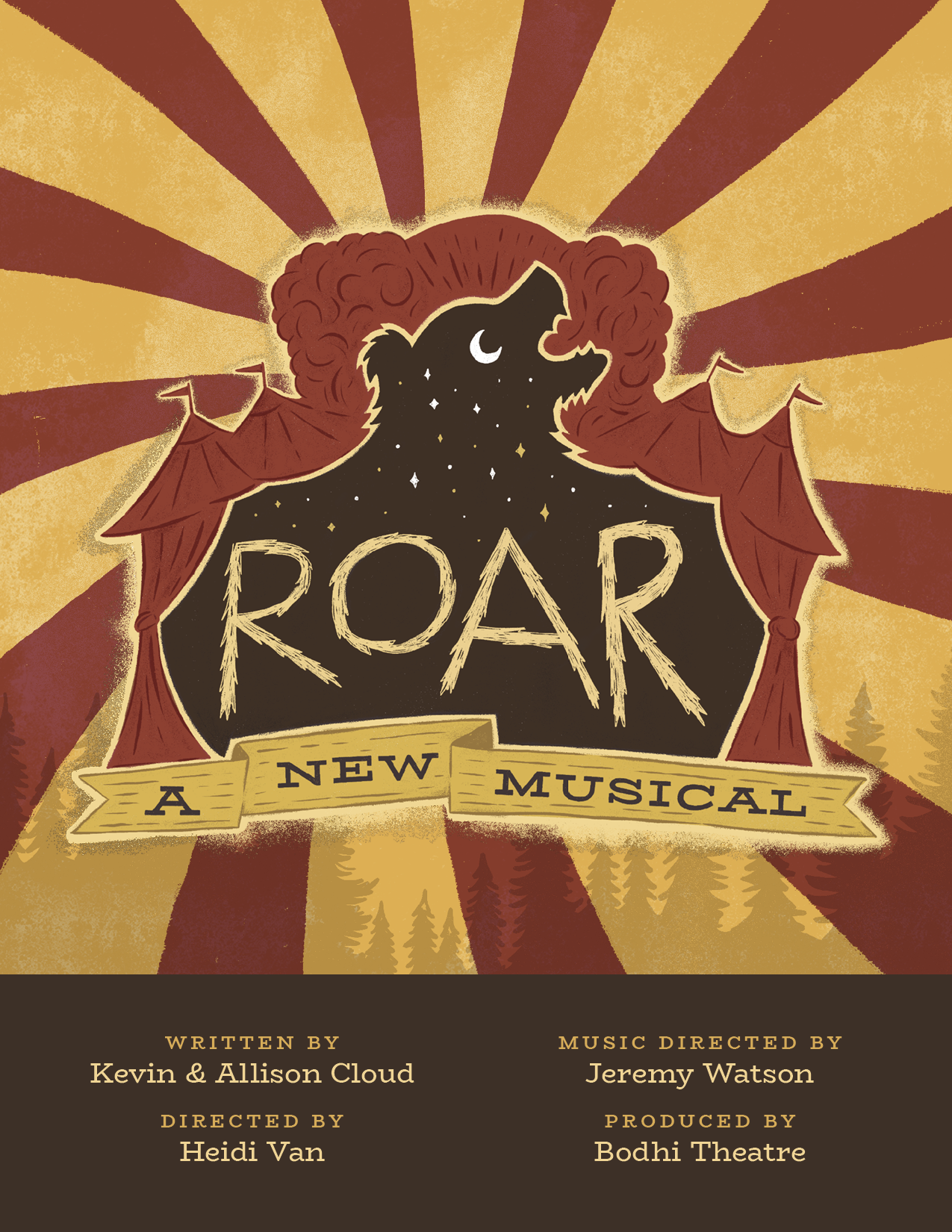 
ROAR, a family musical, tells the story of Sarah the Bear, who like many bears before her has been forced by humans to perform as a dancing bear. But Sarah has an impossible dream. She longs to break free from the system of oppression and establish herself as an equal to the humans as the world's first dancing and singing bear. The problem is that everywhere Sarah turns, her voice is silenced.

As a last resort, Sarah runs off to the circus to pursue her dream, discovering too late that the circus is run by a family of evil clowns. The clowns imprison Sarah and force her to continue performing for their show as a dancing bear.

Sarah continues to pursue her impossible dream, and eventually her dream grows bigger as she inspires other captive bears to raise their voices until they are heard. United, the power of their collective voice triumphs over the oppression they have endured.

We want to give a SPECIAL THANK YOU to all the artists who gave of their time and talent to help us raise enough funds to pay actors, staff, and designers. You are all heroes! We also want to extend gratitude to The Black Box and their staff for accommodating us throughout the audition, rehearsal, fundraising, and filming process.

For a more detailed list of THANK YOUs, go to www.BodhiTheatre.com/Projects