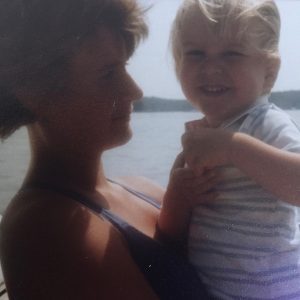 Blake Friis grew up a proud, self-proclaimed mama's boy. His mother was smart, funny, and the toughest person in town. After a devastating car accident, she made a recovery that exceeded everyone's expectations...except her own. Three days after Blake's 13th birthday, she ended her life. Set to original Americana music by Ryan Atkinson, Mama's Boy tackles the stigma of suicide, growing up a loss survivor, and learning to find peace with questions that can never be answered. 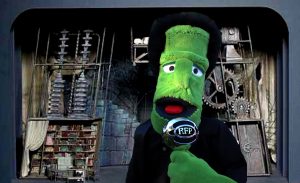 Radio Free Puppets is a variety radio hour... with puppets. Featuring a diverse cast of characters, Radio Free Puppets takes you back to a time when entertainment was only limited by your imagination and your radio's dial.
Fall in love all over again with Fran and Frankie Valenstein!
Find small town comfort in the News from Lake Omigod.
Thrill at the adventures of Dick Meteor: Intergalactic Private Eye!
Radio Free Puppets is radio... as you've never seen it before! 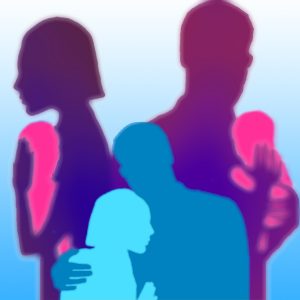 You've got it all. You're married, you've got a house, a steady job. Life is on track! Suddenly, it takes a turn. You're pregnant! And it's exciting. Scary, overwhelming, yes... but exciting! And then comes a twist. And another. How do you adapt? Who do you lean on? And why won't people shut up and stop giving you advice?? In this new musical, a young couple discovers their deeper connection as they roll with each punch that comes along during the most joyous, yet terrifying time of their lives.

The Devil on the Wall or, That Time I Got Kidnapped 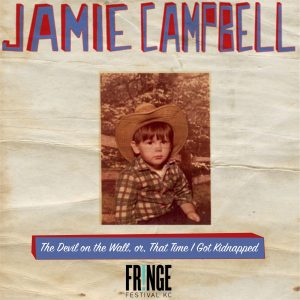 Jamie Campbell re-lives the time he was kidnapped as a child in this solo performance that is part comedy, part storytelling, and 100% true. Travel back to 1991 as Jamie relives what he calls the “greatest adventure of my life.”  Harrowing at points, and astounding in others, the veteran comedian deftly walks the line between comedy and tragedy, exposing his own faults, and refusing to play the victim card.  In this world-premiere performance, Jamie Campbell breaks his silence and tells his story for the first time.

About the writer/performer:  An award-winning improviser, playwright, actor, and stand-up comedian, Jamie Campbell was specially-selected by the sister of the late Andy Kaufman to perform at the TBS Just For Laughs Festival. His debut comedy album, Tell Me You’re Proud of Me, debuted at #1 on Amazon’s comedy charts.  He has been seen on television in various commercials and has appeared on NBC’s Chicago Fire and Pop TV’s Hollywood Darlings.  He is one of the stars of the cult favorite webseries Lunch and Learn, which has millions of online views, and plays the titular role in the upcoming first season of The Mr. Stone Show.

KCKCC #333: Poultry In Motion, or The Land of Oohs and Aahs 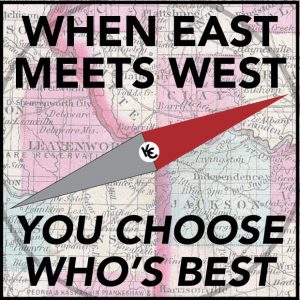 An unstoppable force meets an immovable object as a drinking group with a running problem comes to KCMO to tell but show. This modern retelling of King Midas and the golden touch zooms from the Buffalo Room, shuttles to the Nelson-Atkins and back, winds around a fountain of truth, and comes back again. Can the Kansas City, Kan. Can-Can make it out alive? That depends on you as the audience steers the action.

Block parties have always been a neighborhood’s “beers-and-brats” version of “Keep Calm, Carry On.” But in a country as divided as ever, with violence simmering at the edge of every day, what better way to combat the stress than by trying to get to know your neighbors, one home invasion at a time? The Buffalo Room presents the Kansas City premiere of Will The Circle, a folk musical comedy by L.C. Bernadine and Kevin Welch, directed by Vi Tran. 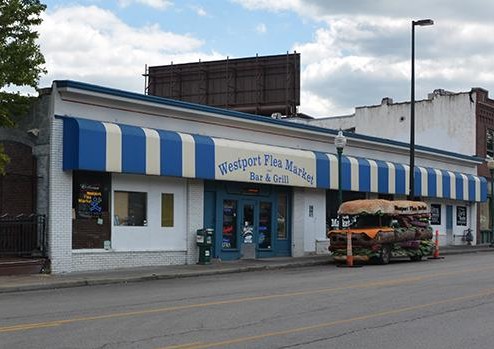