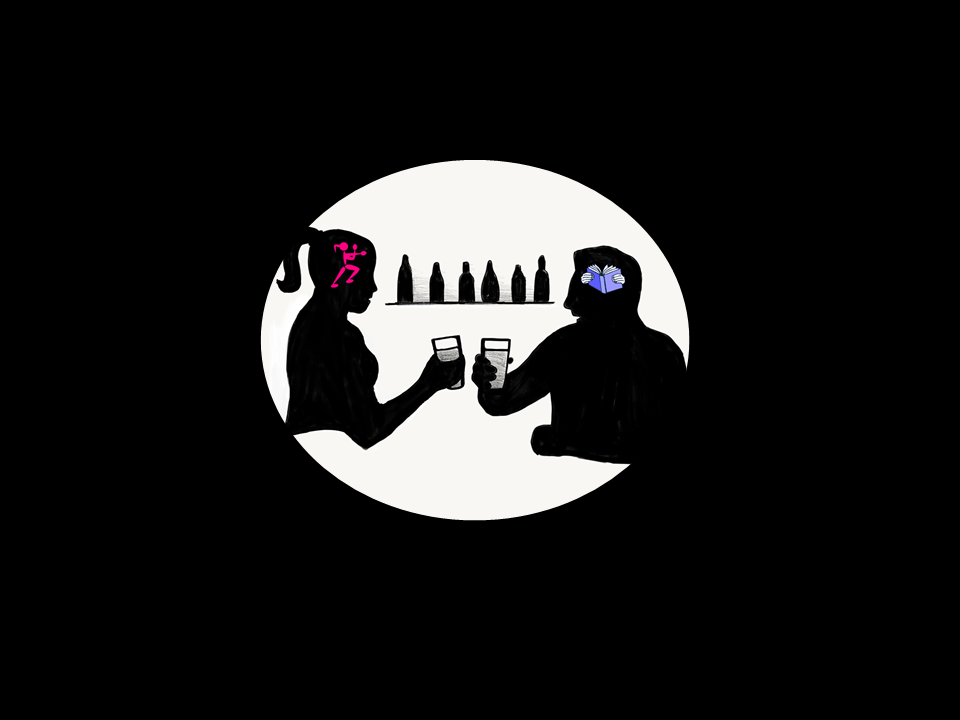 Dead Lines is a comedy that tells the story of two sketch comedy show writers working together while exploring different aspects of their own relationship. As they collaborate, the stories that they come up with begin to be acted out by two actors in a separate acting space on the stage, giving us a glimpse of the world that the two writers create on a weekly basis. The imaginary world begins to meld with the real, escalating to conflict between the characters that inhabit both of those worlds.