At the 2019 KC Fringe Festival, art is held up by duct tape

For 15 years, the Kansas City Fringe Festival has been a midwestern staple, providing audiences with an enchanted mix of performing and display art. The event has steadily increased in both the number of shows presented as well as attendance, and has attracted local, national, and international artists to its venues. One potential drawback of any artistic event, anywhere in the world, is that audiences get to attend the finished outcome of a creative endeavor, the polished product that is ready for the stage or to be put on display, and are not privy to the creative process and the challenges artists face. While that is true of the majority of the shows presented at the KC Fringe, there is one notable exception to this rule: The Iron Artist Competition.

For 14 years, the public has been invited to witness as visual artists have one hour to develop their ideas and produce works that build on the inspiration of the moment using only the tools and materials provided by the festival. To make things more interesting, a “secret ingredient” that must be incorporated in all final art is disclosed to the artists right before the competition starts. This year’s ingredient: duct tape!

Kansas City Union Station provided both the backdrop and the stage for the 2019 Iron Artist Competition. A record number of creative minds competed on Sunday, July 21st for the coveted title. The 13 established artists were joined by two junior members of the audience, a first for this event and welcomed additions. Under the scrutiny of the public, the watchful eyes of the festival host, Tom Kessler, and the shiny lenses of TV news cameras, the artists used glue and paper, sequins and feathers, crayons and, of course, duct tape, to transform a blank 8×11” canvas into a piece ready for display.

It was mesmerizing to watch the hour-long process. Some of the participants clearly had a preconceived idea of what their art would look like, and only had to adapt to using duct tape in the process. Others were clearly dominated by the fever of the moment, with a create-as-you-go flair to their art. Both approaches delivered, and the public offered their support and encouragement along the way. KC Fringe Iron Artist is also a popularity contest to a certain extent, as the audience can purchase tickets and vote for their favorite artists – the creator with the largest number of votes wins the trophy.

This year’s laureates were Vania Soto (2018 winner), Susanne Szippl and Ellen Creed. The Iron Artist title went to Ellen Creed for her colorful abstract art. While feathers, sequins and shiny things were the common denominator of the tree works that raked the largest number of votes, it is worth mentioning the diversity of creative ideas on display at the Union Station. Another first for the Iron Artist Competition was artists using this event to showcase issues pertinent to today’s American society. Notable are the works by Katheryn Krouse whose inspiration came from the celebration of 50 years from the first Moon landing, and Rodrigo Alvarez, whose drawing is a manifest for the children held in detention camps at the Southern US border.

The 2019 Iron Artist competition was a huge success, and we can only hope it will continue to draw large crowds in the years to come. This is a KC Fringe event that should not be missed. See you in 2020! 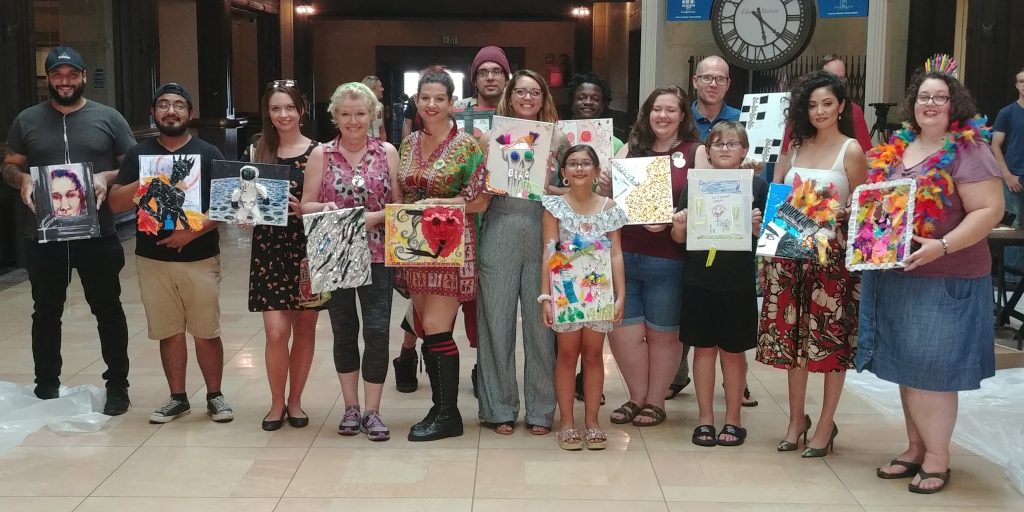 Participants to the 2019 Iron Artists Competition (Photo by Mugur Geana) 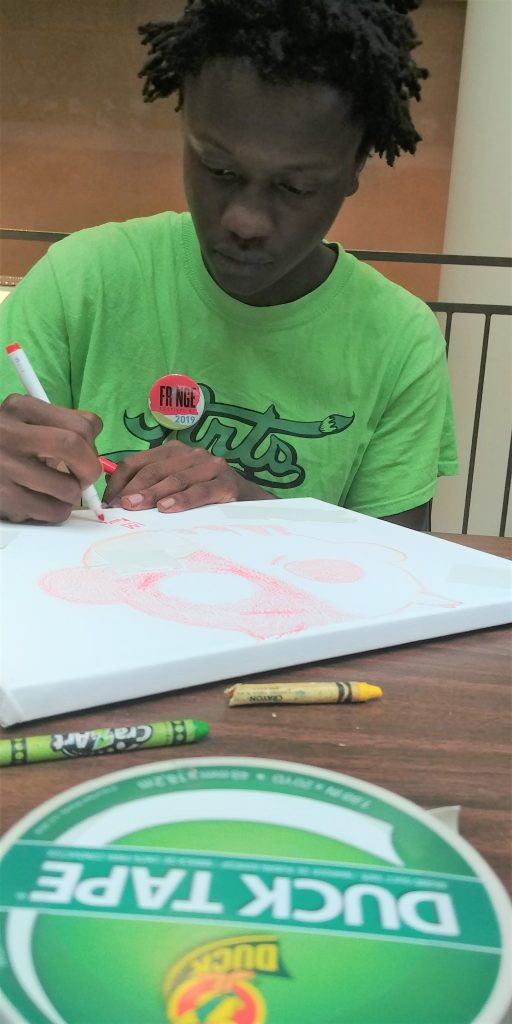 Devin Edwards, one of the competitors for the 2019 Iron Artist prize, preparing to add the “secret ingredient”, duct tape, to his work (Photo by Mugur Geana) 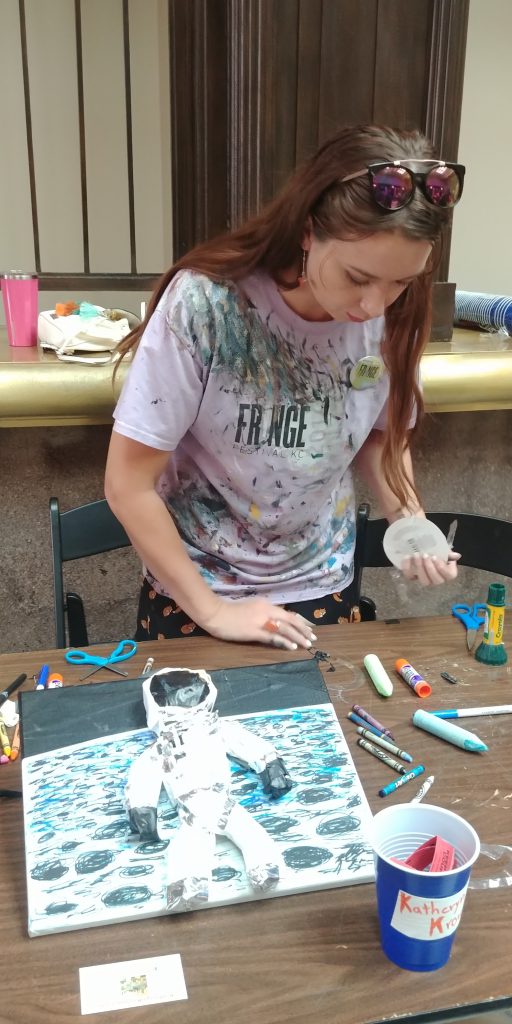 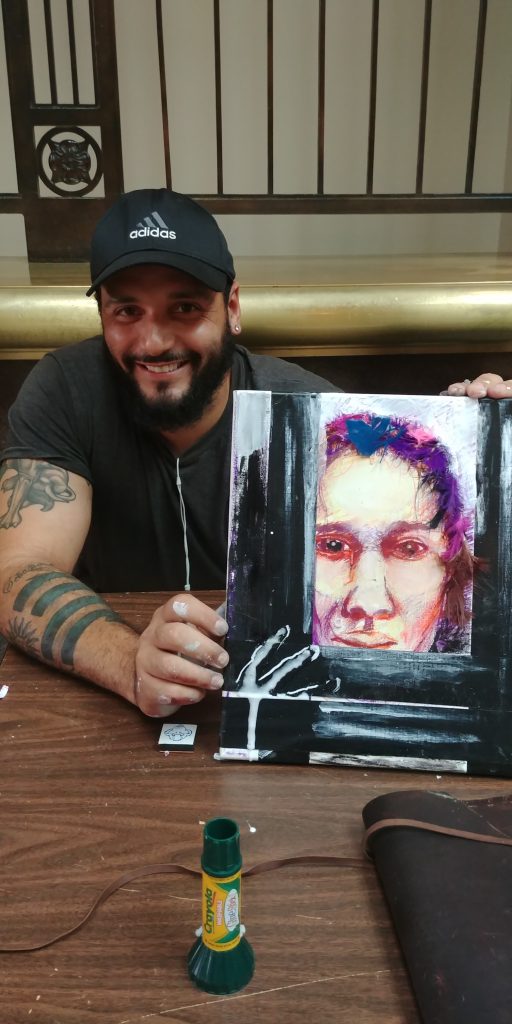